Our James Tirrell To Play In Middlesex Sevens

Our James Tirrell To Play In Middlesex Sevens

We are very excited and pleased to announce that Little Ruggers coach James Tirrell has been selected to play for the sevens invitational side Apache Rugby Club at the flagship Middlesex Sevens tournament at Twickenham Stadium on Saturday 9th July 2011. James is a sevens specialist and has played for England as a sevens player and some of the top sides in Europe including Samurai and the Gilbert Pups.

Though you will probably not see him at Little Ruggers this Saturday, you can still see him on the television. The Middlesex Sevens will be shown live on Sky Sports 3 and to get a clearer picture of James, channel 418 Sky Sports HD3  starting at 10.30am.

The Middlesex Sevens is the premier sevens tournament in the UK. Apache have played in all the major tournaments around the world including Dubai and Rome and are now  firmly established as a ‘core’ invitation side in the UK National Sevens Series.

James will be playing in the first game of the day against the British Army who have a formidable history in the Middlesex Sevens, so its possibly the toughest game to start the day with. The coverage will be on all day so when you get back from Little Ruggers the tune in and you may see James score some tries himself.

The schedule for the Middlesex Sevens is as follows:

This event will be televised all day so tune and watch out for James live on TV.

Best of luck to James at Twickenham on Saturday. 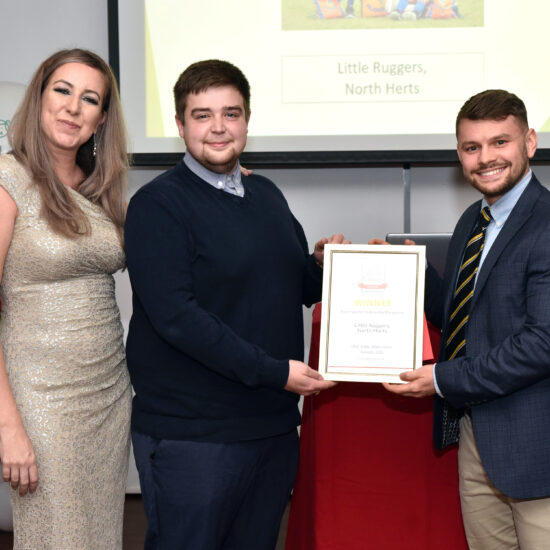 On Friday evening, we...